How Firearms Prohibition Orders (FPO) are used by police as an oppressive measure against independent journalists like @AussieCossack.

– When introducing the laws, former Premier Barry O’Farrell said, ‘This bill will equip the NSW Police Force with new weapons to help tackle criminals with guns.’

– O’Farrell sought to reassure the general public that the laws would not be used to target innocent people, saying, ‘This legislation will concern those who are involved in criminal activities involving guns.’

– While the Bill was supported by conservative MPs, many others raised concerns about the lack of ‘checks and balances’ available to those subject to searches.

– In particular, Independent MP Alex Greenwich raised concerns about the fact that police would be able to search anyone subject to a FPO without giving any reason or warning.

– Greens MP David Shoebridge was concerned that there was no review mechanism for the exercise of the powers, proposing an amendment to allow a Court to declare a search unlawful where it was shown to be ‘unreasonable, unjust, oppressive or otherwise an abuse of power.’

– Since September 2014, a total of 642 searches have been conducted without a warrant – with 442 being conducted on people and 200 on vehicles.

– Incredibly, none of the 642 searches carried out since September resulted in a firearm being found.

– @AussieCossack is officially the most “searched” individual in Australia, with 47 searches in the past 12 months alone. The videos of these searches are available to view on @AussieCossack YouTube here (https://youtube.com/@AussieCossack).

– Suprisingly, @AussieCossack has never been charged or convicted with any firearms offences.

– Do you think the FPO against @AussieCossack is politically motivated and should be recindered? 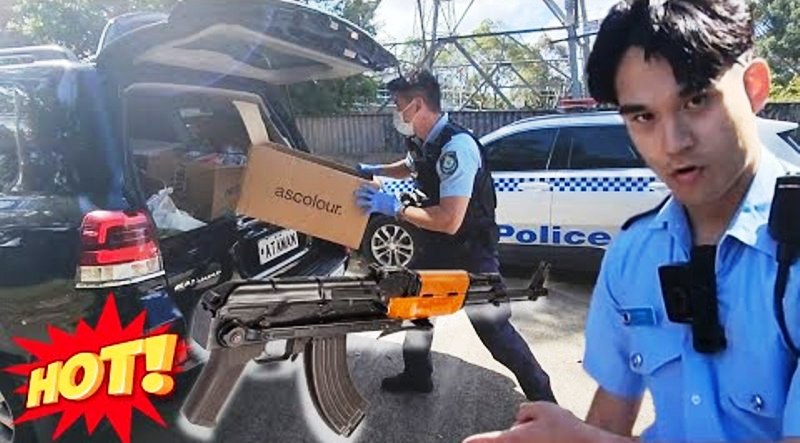